Hi there,
I’m trying to generate a signature for an API authentication.
I have successfully tested it on Postman with a script supplied by the third party app, here is their script:

I’m using the HASH node to replicate this but so far I’m only getting and error with “Invalid credentials provided”.
Here is a screenshot of my hash node: 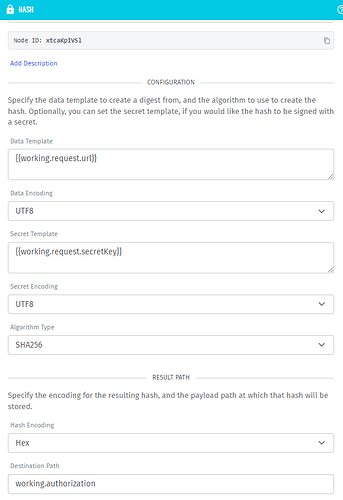 image582×847 29.4 KB
Note that in the data template variable, I have removed the protocol part of my url. I have also tried to lowercase the hash response with a STRING node without success either.

Here is the thrid party app doc about authentication.

The overall question is at what point is your Losant workflow not producing the same output as the code you are using in Postman? A couple questions to hopefully help us answer this overall question are below.

From the screenshot above, it looks like you are using the Hash Node properly.

Thanks @Kevin_Niemiller!
Yes for all 6 points.
I looked into it a bit further and it seems that the http node request does not like the combination of string + variable in the URL template:
I went from this: 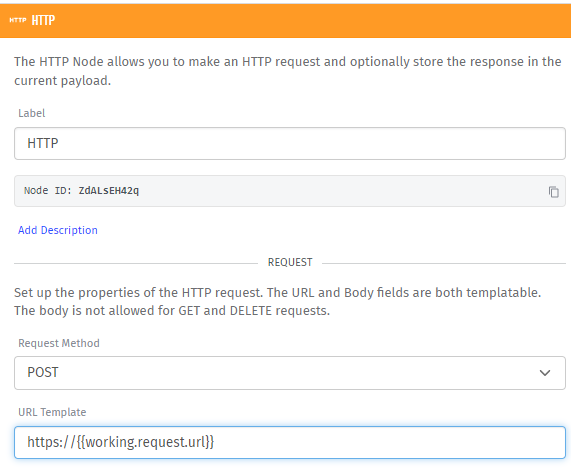 to this by adding the https:// into the {{working.request.url)): 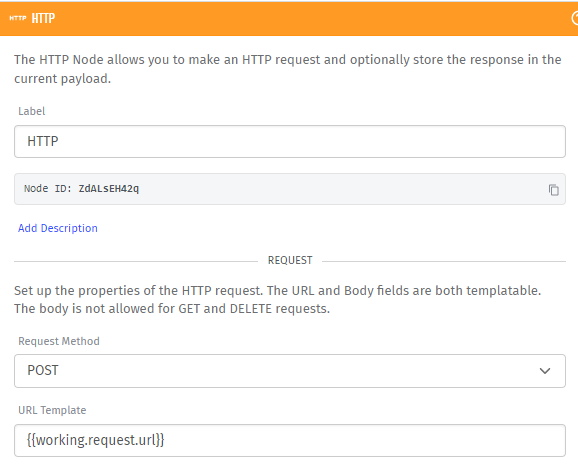